Here we use PyMC3 on two Bayesian inference case studies: coin-toss and Insurance Claim occurrence. My last post was an introduction to Baye’s theorem and Bayesian inference by hand. There we looked at a simple coin toss scenario, modelling each step by hand, to conclude that we had a bias coin bias with the posterior probability of landing tails P(Tails|Observed Data) = 0.36.

This time we will run: i) the same coin-toss scenario again, and ii) an example for Poisson insurance claim counts, using the probabilistic programming package PyMC3. An alternative would be to use the equally popular Stanford “Stan” package and its python wrapper PyStan. These packages provide an easy to use and intuitive frameworks for developing complex models of data generative processes. In addition, easy access to Markov Chain Monte Carlo sampling algorithms.

Recall that our initial approach to Bayesian Inference followed:

Using PyMC3 we can now simplify and condense these steps down.

First, we set our prior belief and prior beta-binomial distribution. 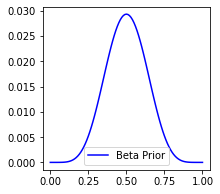 Second, we define and inspect our sample observation data

Third, we define and run our mathematical model

Notice, PyMC3 provides a clean and efficient syntax for describing prior distributions and observational data from which we can include or separately initiate the model sampling. Also notice that PyMC3 allows us to define priors, introduce sample observation data, and initiate posterior simulation in the same cell call.

Or with more sampling and across more chains. Then the trace summary returns useful summary statistics of model performance: 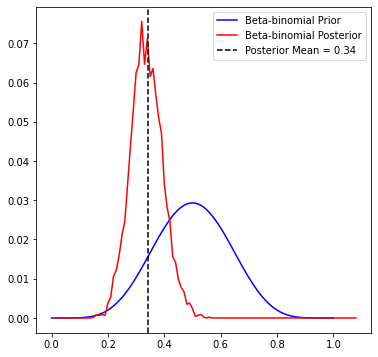 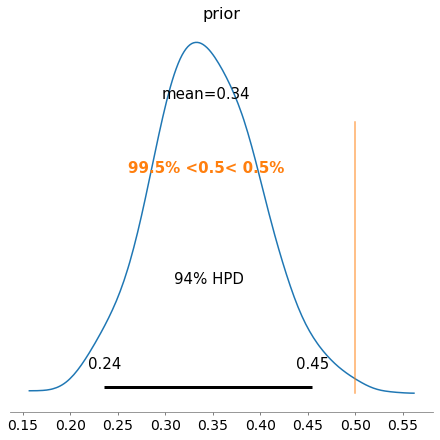 And there we have it. PyMC3 and other similar packages offer an easy set of functions to assemble and run probabilistic simulations such as Bayesian Inference. Below I will show one more example for Insurance claim counts.

Insurance claims are typically modelled as occurring due to a Poisson distributed process. A discrete probability distribution that gives the expected number of events (e.g. claims) to occurring within a time interval (e.g. per year). The Poisson distribution has many applications such as modelling machine component failure rates, customer arrival rates, website traffic, and storm events. First, we will run this through by hand as before and then using PyMC3.

The Poisson distribution is given by:

Note that if the variance is greater than the mean, the data is said to be overdispersed. This is common in insurance claim data with lots of zeros and is better handled by the NegativeBinomial and zero-inflated models such as ZIP and ZINB.

First, establish the prior distribution

Here we generate some observed data that follows a poisson distribution with a rate, lambda, λ = 2. 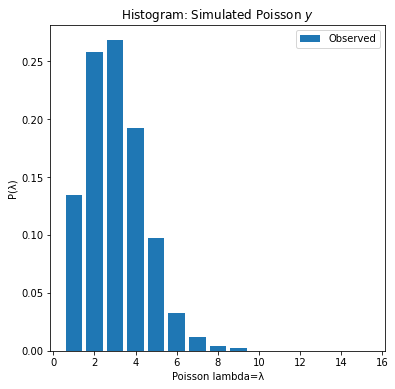 We could use a beta-poisson, or any distribution that resembles the shape the observed lambda data, however gamma-poisson is most suitable as:

The gamma-poisson prior is then:

Note In scipy the gamma distribution uses the Shape a and Scale parameterisation, where rate b is equal to inverse of scale (rate = 1/scale). See more detail on scipy.gamma in the docs, and in these SO answers 1,2,3. 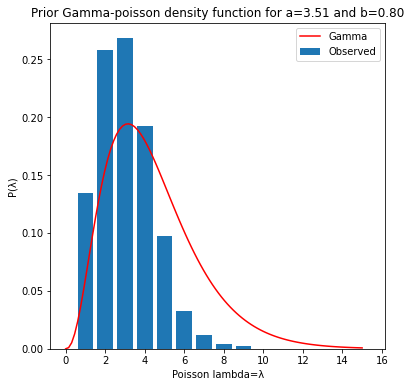 Second, the likelihood function and posterior

The gamma function is often referred to as the generalized factorial since:

then the likelihood function is:

the posterior distribution is again a gamma 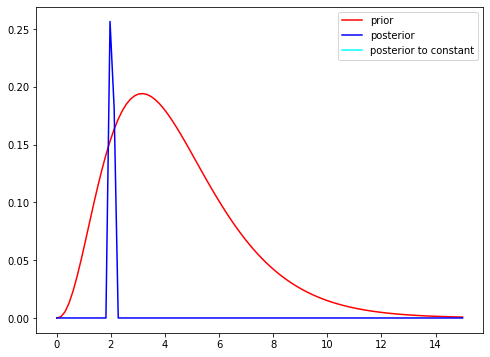 i.e. the posterior mean is a weighted average of the prior mean and the observed sample average

Now lets re-produce the steps above in PyMC3.

The above configuration simulates the posterior distribution for 3 independent Markov-Chains (traces). The traceplots display the results for each simulation. 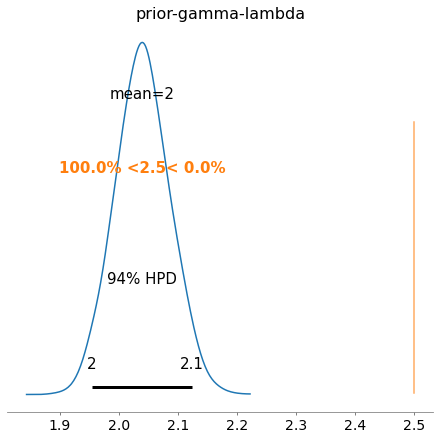 You may have noticed that in this example that we have defined our prior distribution from the observed data and applied bayesian inference on this data to derive the posterior distribution, confirming a lambda of 2.

Jupyter notebook here The Financial Crimes Enforcement Network (finCEN) files are more than 2,500 documents, most of which were suspicious activity reports (SARs) files that banks sent to the US ...